Eight Abandoned Places to Visit in Arizona for a Spring Adventure 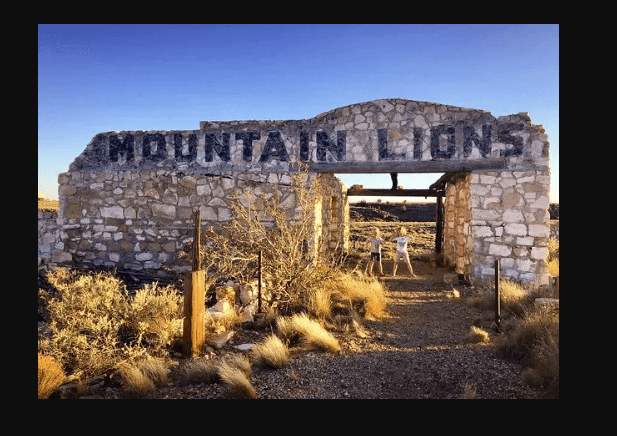 Abandoned Places in Arizona: Wondering what mysteries are hidden in the Arizona desert wastelands? Ready to see some vestiges of the past for the adventure of it all? You are in luck! We know some of the best-abandoned places to visit in Arizona. Keep your eyes peeled for these locations!

An entire ghost town (for sale?!) in Mohave County where the big man himself visited kids in the ’70s showcased Santa’s early appeal for tourism. Get lost in the sun-stained, graffiti-covered walls of this secluded 4-acre estate dedicated to the North Pole.

8109-7467 S Thornton Rd, Casa Grande, AZ 85193
The Domes in Casa Grande, Arizona were the pet project of a 1980s tech firm, and their goal was computer manufacturing. Thanks to its derelict state, it’s now a haven for drunk teenagers, ghost-hunting types, and, if the legends are true.

The mining operation, established in 1909 and shipping ore to Swansea in South Wales and eventually taking the same name, soon began to decline rapidly and collapsed due to high production costs.

17758 W. Roosevelt St., Goodyear, AZ 85338
The horse track lasted only two seasons before being permanently abandoned. There were many troubling reasons for the closure, such as operational costs and flood risks. So, you won’t be surprised by its current scary state. This abandoned place in Arizona has been standing in the wilderness all this time at the mercy of nature!

1891 I-19 Frontage Rd, Tumacacori, AZ 85640
European missionaries founded the settlement in 1691 to communicate with the local indigenous people. Since then, it has been a center of cooperation and conflict for centuries. Today, the remains of this abandoned site in Arizona have been turned into a national park, allowing its visitors to step back in time and experience a piece of history.

Mohave County, AZ 86413
Gold King Mine announced its intention to mine gold in the Hiwalpai Mountains a few months before Black Tuesday. Just a few years later, his concrete bunkhouses became a spectacular place to please investors. The state later declared it useless in ’57, and thus it has been one of AZ Adventurers’ favorites to explore.

36610 355th Ave, Wickenburg, AZ 85390
Unlike most ghost towns, Vulture City was a success story. The town continued to prosper until its closure during World War II, which halted most mining efforts in Arizona. As the most productive gold mine in Arizona history, this abandoned site sits dormant as a reminder of the Gold Rush era.